Cryptocurrency is a general term which refers to any digital currency developed through cryptography and supported by blockchain technology. The specific details about how the mining of cryptocurrency actually happen can be a little more complicated to explain here. With the knowledge that cryptocurrency is a digitally manufactured currency, it saves to go further and … 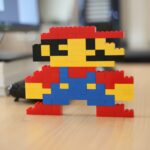 In October 2021 came the news that Facebook is changing its name. It made many people close their eyes. Facebook can not change name then? Facebook has been the name of the online community that we love to hate and hate that we love for almost two decades! But nope, the controversial but popular online … Non-Fungible Token (NFT) is a term many have heard about in the last year, and the concept has almost taken off in social media and elsewhere online. Many people find it difficult to understand what NFTs really are and what they are used for. In this guide we will explain to you what NFT is, … In recent months, the use of NFT – or Non-Fungible Token – has exploded on the internet. If you are still unsure of what NFT and NFT art are, we recommend that you read on. Here we will explain to you NFT in a simple way, and explain to you how to get started! What …