Polkadot came into the cryptocurrency market just in 2020 but promises to stretch possibilities beyond what has been the norm. Up to this point, much of the available information about crypto is that the blockchains supporting their transactions are independent. In fact, one selling point on the security and safety of crypto is that the blockchains are impenetrable by any third party.

Without necessarily implying that Polkadot exposes blockchains to risks, it is sufficient enough to note that it provides a framework for inter-blockchain communication. Yes, you got that right-Polkadot is designed with a high technical structure that purposely provides interconnectivity and interoperability between blockchains.

If you imagined that cryptocurrency has already hit its highest ingenuity then Polkadot proves the yet to be explored new territories. Hopefully you understand that blockchain is the backbone of any crypto which means that if Polkadot can provide links across, then there is just so much evolution that crypto is yet to undergo in a slow but sure process of asserting itself as an alternative to fiat currency.

So what is this Polkadot all about?

One thing that you must naturally accept when venturing into crypto investing or just interested in knowing better is that new concepts will keep creeping in. Polkadot is just one new development that offers a new service to the ever-growing crypto sphere.

Polkadot is a cryptocurrency and open-source blockchain network. It works toward promoting a heterogeneous multichain framework. Since its launch, it has gained attention from users, developers, as well as community investors.

It is powered by DOT, which is the native network of the coin. Currently, blockchains currently have some limitations, including security and scalability. Thus, its ecosystem works towards resolving such issues. Basically, it is a solution implementing ‘the technology’s distinctive features conjointly.’

The History of Polkadot

Polkadot was born by Dr. Gavin Wood. A co-founder of Ethereum as well as Solidity smart contract language inventor. In 2017, Peter Czaban and Dr. Wood founded Web3 Foundation. This is a non-profit organization developed to support Polkadot’s research and development and to oversee the fundraising efforts.

Dr. Wood bid the Ethereum community farewell in 2016. His main aim was to work towards a new venture which would help in delivering promises that Ethereum does not. By October 2016, he was through with the first Polkadot White Paper draft. Later, Polkadot was launched on May 26th, 2020.

Polkadot is a cryptocurrency that allows funds to be transferred from one digital wallet to another. Private and public-key cryptography is used in sending money. The public key is the address given out to receive funds, as well as the private keys, and they act as a password. They broadcast and authorize transactions to the network.

Polkadot is a multichain network. Thus, it does not only provide a platform for receiving as well as sending funds. Moreover, it processes transactions and data on various chains in parallel, called Parachains. Also, the central relay chain coordinates it.

Multiple Parachains are plugged in Polkadot gaining security from the whole network. This is good as it improves scalability, cross-chain functionality, and interoperability. It helps in eliminating incompatibility, high fees, and congestion of the legacy blockchains.

Proof of Stake (NPoS) consensus mechanism is used by Polkadot. It does not work like Bitcoin, which uses Proof of Work blockchains in mining reward incentives. Instead, it uses NPoS to reward the users for locking up the Polkadot tokens through the staking process.

Polkadot network enhances the development of three kinds of blockchain

Parachains are custom blockchains. They utilize the computing resources of the relay chain. This help in confirming the accuracy of the transactions.

Transactions in Polkadot are finalized in the Relay Chain. In achieving a higher speed, the relay chain separates the issue of separating new transactions from validating those transactions. The model further allows Polkadot to perform over 1000 transactions in one second.

Bridges is a network that gives Polkadot the chance to interact with the other blockchains. It is further working to allow for the swapping of tokens without using a central exchange.

What Staking is all about on Polkadot

Polkadot utilizes a proof of stake mechanism in verifying transactions, securing the network, and distributing and creating a new DOT. The following are the ways the DOT traders interact with the staking system.

The validators do a huge amount of work, and it needs technical know-how as well as commitment. For one to be a validator, you need to run a node and stake some amount of DOT. In exchange, you get the power of verifying legitimate transactions and adding new blocks of transactions.

Furthermore, you can earn a newly created DOT, tips, and a cut of the transaction fees. However, in some cases, you may stake your DOTs for having technical difficulties, making a mistake, and acting maliciously.

The nominators allow the regular investors to participate. However, you have to do it indirectly. In some cases, you may delegate a section of your DOT to a trusted validator. They should behave according to the rules. Moreover, it is important to choose someone that you trust because in case the validator breaks some of the rules, then you will have to forfeit your stake.

In DOT, a fisherman plays the role of finding as well as reporting any bad behavior in the network.

The collators are important in Polkadot as they keep track of the valid para chain transactions. They then submit them to the relay chain validators.

eToro is a multi-asset platform. It provides investing in crypto assets. It is a good platform to use because it is easy to use. Moreover, it provides value for money. In terms of verification, it takes less than 1 day and the with friendly support. One can pay using Skrill, Paypal, Bank transfers, and others. Currently, it offers the best price for Polkadot as 1DOT = $10.09.

BC Bitcoin is considered a crypto broker. It has fast withdrawals and deposits, focusing on good customer service with its highly qualified support. The platform, on average, provides value for money, and the verification takes less than 1 hour. One can pay using SEPA Credit Transfer and bank transfer. Currently, 1 DOT is equivalent to $10.36 in BC Bitcoin. It is a bit higher as compared to eToro

CEX.IO provides a platform for trading cryptocurrency. Also, it has instant buy services. It requires one to verify identity before making deposits and withdrawals. In terms of use, it is easy to use and offers good value for money. However, the verification takes a little longer, less than three days, and the support is average. Currently, 1 DOT trades for $10.70 in CEX.IO. One can pay through bank transfer and SEPA Credit transfer.

Coinbase, based in San Francisco, is a digital asset broker. It provides exchanges of Ethereum, Bitcoin as well as crypto assets in over 30 nations. Basically, in terms of usage, it is easy and, on average, gives value for money. The verification process takes less than 1 day, and the support is averagely good. Payment can be made using bank transfer and SEPA Credit Transfer. Currently, 1 DOT trades at $10.12 on Coinbase.

Why you should trade in Polkadot

At times, comparing the varied cryptos might seem to be difficult as they are so many. The reason is that, at times, even the market cap can mislead a trader. Investing in crypto might be an extremely risky affair. Therefore, investors should consider them just like the other technological investment.

Polkadot has a great team of developers. The developers are dedicating their time to the project to ensure that it runs smoothly. The number of people using Polkadot from 2020 to 2022 has increased, and this is an indication of the good job the developers are using.

One of the developers is Ethereum Co-founder

Dr. Wood is an Ethereum co-founder, although it was Vitalik Buterin’s brainchild. Initially, he was the Chief Technology Officer at Ethereum. Currently, Ethereum is the second-largest crypto after Bitcoin and an indication that the co-founders also did a good job.

Polkadot has the capacity to talk to other networks

Although Ethereum is a big, programmable blockchain, it has over 80% decentralized applications. Unfortunately, crypto has not been able to put up with the growth. This issue has made the system to be expensive, congested, and slow.

It is the Parachains that are used in solving the issues of congestion and speed. It does this by ensuring that every application has its mini blockchain connecting it back to the main chain. It means that one operation does not affect the performance in the DOT’s blockchain.

The Uniqueness of Polkadot

Scalability: It supports various blockchain networks using a mechanism called a para chain. Through this, the in-chain transactions may be processed in a parallel way. Besides, they can be processed efficiently.

Upgradability: the para chains of Polkadot can be updated without the need for a hard fork. The reason is that the process is usually time-consuming. Therefore, in case of the availability of a new feature, it is adapted easily without changing the network.

Specialization: every para chain can be tailored and customed to a certain application and usage. 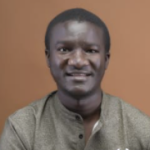