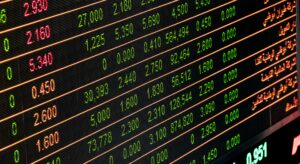 Have you tried your hand at various investments, and found that investing in cryptocurrencies is simply not your thing? There is no problem at all – then you might want to try bonding instead!

Like cryptocurrency , bonds are an investment product, which many may think is less risky than cryptocurrencies.

In this article, we will address the topic of “bond” as the title suggests, then we will tell you everything you need to know about this topic. Among other things, what is a bond, how many types of bonds are there and is the bond less risky than cryptocurrency? Here are many interesting questions to answer.

What is a bond?

The very first question we are going to answer is this: What is a bond? A bond is in a sense a debt agreement between two parties.

This may sound a little (or very) familiar? This is probably because it is not uncommon to compare a bond (often also called a bond loan) with an ordinary mortgage that people borrow from a bank to finance the purchase of a home. We will take a closer look at this comparison below.

In practice, a bond means that one party (the holder of the bond) is given a temporary right to receive a coupon rate during the term of the loan. How long the term usually decides prior to entering into the agreement. At the end of the term, the borrowed capital must be repaid.

A bond can seem like a pretty complicated thing – and it is. But it is in a sense a loan, and therefore it is possible to compare with a mortgage that most people know exactly what is.

There are different types of bonds, and the type of bond it depends on who issued the bond to you in the first place.

As previously mentioned, an issuer can be both english and foreign. However, the most common issuers are a government or a company, which gives us the main groups government bonds and corporate bonds. Those who issue the bond often have a need for a little extra capital – which they have to borrow from another party.

Nice video that tells a little about bonds and investment rights:

In connection with cryptocurrency, expressions such as “high volatility” are not unknown at all . Nor is it in connection with shares. In practice, this means that you take a high risk when investing in one of these investment products, because you do not know what will happen around the next turn.

In practice, this means that investing in bonds is much safer if you compare this type of investment with stocks and cryptocurrencies. It is not to be underestimated that a low level of risk is beneficial in several areas, for example in connection with returns.

But even though bonds are generally a safer choice, it is important to keep that in mind. Bonds carry with them two risk factors that require some attention, and that is interest rate risk (the sensitivity of the bond price) and credit risk (the risk that the issuer itself brings with it).

Above, we stated that the risk is not as high as it is in connection with other investment objects – and that is undoubtedly positive. But it also means that the return is not always as great .

For some, this may be a little negative, but it does not have to be. You may not get a huge growth right away, but the growth will instead develop to a good level slowly but surely!

However, it is not to be underestimated that the largest income in connection with bonds will be the interest income you receive from it. The interest income from these investment objects has time and time again proved to be fairly stable!

How to buy bonds

Do you feel inspired to try investing in bonds? It can be done in ways.

However, obtaining a corporate bond is not so easy for an individual – simply because they are often associated with a minimum amount that is relatively high (around half a million).

But there are good solutions for small investors as well, and then a bond fund will play an important role. If you are a little unsure what it is, then this fund works in exactly the same way as an equity fund!