In recent years, many Norwegians have thrown themselves into the trend and invested in crypto such as Bitcoin. If you are considering doing the same, it is important to familiarize yourself with digital currency and how it works. For what is cryptocurrency – easily explained?

Here we will explain to you all the basics you need to know about cryptocurrency and blockchain technology, in a simple way. Like traditional currency, it is entirely possible to speculate in and exchange cryptocurrency. What is cryptocurrency, really? Cryptocurrency can be considered a digital or virtual currency. The currency differs from traditional currencies such as Norwegian kroner (NOK) or US dollars (USD) in that it is an independent central governing body – such as governments or banks.

Instead of the currency and its control being centralized at a government bank, the control is decentralized via a database. This database is often called a blockchain, and provides an overview of all the financial transactions.

The blockchain allows you to store the various transactions between different parties in a way that can be verified.

What are blockchains and cryptography?

A blockchain can be described as a distributed, open, digital and at the same time dynamic accounting book. In this account book you can track and register all the digital transfers that are made. The transactions are made visible.

The blockchain will store all data in its own blocks which can then be linked together using cryptography. The latter involves various techniques that allow one to hide data, and only one with authorization has access to see the content.

It is not possible to change data stored in blockchains. The reason for this is that you can not change one block without having to change all other information that has been stored on later occasions. Changes are thus very difficult to make in practice.

Cryptocurrency has many benefits

Compared to traditional means of payment, cryptocurrencies also generally have very low transaction costs and fees. You can quickly and easily transfer money across national borders. The solution is also transparent, and all users get a complete overview of the transfers.

Are there any disadvantages to cryptocurrency?

The fact that the transactions can not be traced back to the user can be considered an advantage in many situations. But in some cases, the anonymity is exploited by criminals, who often have cryptocurrency as their preferred currency.

Another disadvantage of cryptocurrency is that the currency can fluctuate a lot in value. If you have invested money in Bitcoin or another cryptocurrency, you may lose out on it. But of course it can also go the other way, and you can profit from the investment.

Investing money in cryptocurrency can therefore be risky. But for many, this is a risk they are willing to take. Remember that you can easily invest a small amount, so that the investment does not constitute a large financial risk.

Before you start trading cryptocurrency, it is important to get acquainted with the different variants. The most well-known form of cryptocurrency is probably Bitcoin, but there are also a number of other good options.

Let’s take a closer look at the most popular forms of crypto!

Bitcoin (BTC) was the first form of cryptocurrency, and came on the market in 2009. The currency was developed by someone called Satoshi Nakamoto, but the identity of the person or people behind it is still somewhat uncertain.

The reason Bitcoin was developed was a desire to create a digital means of payment without the involvement of government agencies. There was also a desire for the currency to separate without fees or annoying delays.

Bitcoin is not under the control or supervision of public authorities, and is not regulated by any central bank. Although Bitcoin is popular, many companies do not consider the currency an approved means of payment.

also read
The most popular cryptocurrencies

There are still many who buy Bitcoin, and then primarily as an investment. Trading Bitcoin is almost comparable to commodity investing (eg investing in gold). Although value is not directly affected by policy, demand and other factors can affect value.

Ethereum (ETH) is another form of currency in crypto, and is based on a digital platform where users can use their own applications that are decentralized. Like Bitcoin, Ethereum is decentralized and completely out of the control of governments and banks.

Vitalik Buterin launched Ethereum in 2015. He did this together with a number of others, and the cryptocurrency is today the world’s second most popular.

A third popular cryptocurrency is Litecoin (LTC). Litecoin is based on a peer-to-peer network, and was actually created by a former employee of Google. This was in 2011, just before Ethereum was launched.

Litecoin can almost be considered a spinoff of the slightly more well-known cryptocurrency Bitcoin. The solution is very popular today. 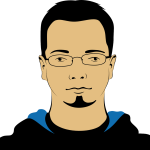